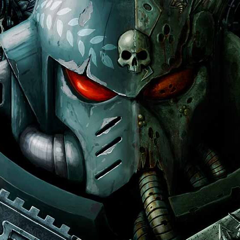 Details It’s time for war! Date/Time: Saturday, August 19th/Doors at 10am, Round 1 at 11am Entry fee: $10, which will also give you a 15% off of all GW products for the day Details: We have room for 32 players max–preregistration is encouraged. We will have four swiss 2-hour rounds, played on 4’x4′ tables, with a dinner break in the middle, after which prizes will be awarded to top players. Each game will be played according to the new rulebook’s Matched Play section. Each player will be required to bring a 50 power level maximum list (with up to 2 detachments, Battle-forged, Army Faction rules-roster sheets are available in the shop if you need one, Imperial Armour/Forge World models allowed using the current rules updates), along with all of the models required by the list, dice, and a measuring device. All models must be assembled, but do not have to be painted. Models must be WYSIWYG(what you see is what you get), and must be on their correct size base (whatever you are using the model as, it must be on the same base as the one included in that model’s most current packaging). If you have any questions or major conversions, please get them squared away with Jared before the event begins. There will be special Command Point rules for this event! Each player will start with 3 points base. Then, you will get an additional 3 points if your whole force is painted and based (minimum 3 colors), AND an additional 3 points if you register online and upload your list via the ITS BCP app by the 17th. There will be no other way to get Command Points. Each round will feature a different Mission, chosen by the Organizer (These Missions will be available the week of the event). Players will set up and deploy according to the instructions for that mission--terrain will be fixed. If, at the end of 2 hours, play has not concluded, players will finish their current round and the total power level of destroyed units will determine whether they have a win, lose, or draw. Scoring: Varies by Mission. If we have an odd number of players, each round a random player from the lowest point division will receive a bye, which will award them a win (players can receive a maximum of 1 bye per tournament). After each round players will record how many power levels worth of Battlefield Role Slots they have completely destroyed (nothing of them remains on the table, whether by damage, fleeing, or not arriving from reserves)–that point total is their tiebreaker score, which gets added up over the course of the tournament and is used to break any ties when prizes are awarded. Prizes: All of the entry fees will be added to the prize pool, and given out as store credit. The top 2 players will get prizes, as well as the army voted best painted. In addition, we will be awarding players with Purity Seal Points for various achievements, and the player with the most at the end also gets a prize, along with our usual Golfhammer award for lowest score to finish all 4 rounds.